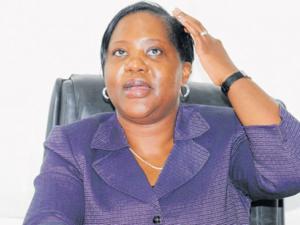 Dr Malecela was a senior United Nations civil servant and, until her death, the director of the Department of Control of Neglected Tropical Diseases at the World Health Organization (WHO) headquarters in Geneva, Switzerland.

She was diagnosed with cancer in 2019.

The daughter of former Prime Minister John Malecela, Dr Malecela also tried her hand in politics, running for election in the 2015 CCM presidential primaries against 40 other members including John Pombe Magufuli who later became president.

She graduated with a Zoology degree from the University of Dar es Salaam, and went on to join the National Institute for Medical Research (NIMR) in 1987, where she worked at the Amani Center to conduct research on lymphatic filariasis.

She pursued her masters and PhD degrees at the London School of Hygiene & Tropical Medicine between 1990 and 1995.

She continued to work at the NIMR, rising to the position of director general – becoming the first woman to hold this position. However, in 2017 her appointment was revoked.

Dr Mwele then joined the WHO Regional Office for Africa the same year.

In October 2018 the Director General of WHO, Dr Tedros Adhanom Ghebreyesus, appointed Dr Malecela the Director of the Department of Control of Neglected Tropical Diseases.