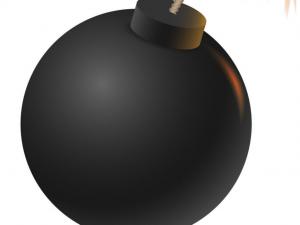 Shinyanga. Police in collaboration with the Tanzania People’s Defense Forces on Saturday September 17, have defused a bomb that was planted inside NMB Bank, Shinyanga branch.

The bomb, which if it had exploded would have caused serious damage including loss of life and property, was found in a special area used by bulk cash customers.

Shinyanga Regional Police Commander, Janeth Magomi has confirmed the incident, adding that key suspect has already been arrested by the Police.
"We have already arrested the suspect and the bomb was already been detonated by TPDF experts before it could harm anyone," said Commander Magomi on phone.
She did not, however, say what type of explosive the officers had found at the scene of crime.

Witnesses say the incident took place at around 1:00pm at NMB Manonga Shinyanga branch, after a person estimated to be around 60 years old entered with a black briefcase and a long gray coat.

One of the witnesses, Janeth Ernest, said the man was sitting in the Bulk customer section and while he was there he pretended as if he was filling out bank forms, then he removed the jacket and put it on the briefcase.
"He later removed a bottle of what appeared to be petrol and poured its contents on the coat then lit it and left the scene immediately,” she said.

The bank’s staff made effort to turn out the fire and later informed police who arrived almost immediately.
One of the bank’s employees who spoke on condition of anonymity said that initially had not paid attention to the briefcase because they thought the owner had come to either deposit or withdraw large sums.
“But after extinguishing the fire we became suspicious of the black brief case and that was when we called the police,” said the employee.

The briefcase was later transported to Kambarage Police Barracks where experts from TPDF arrived and immediately detonated it.
https://www.thecitizen.co.tz/tanzania/news/national/tpdf-police-defuse-b...