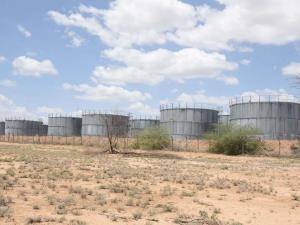 British firm Tullow Oil recently presented a programme detailing how it will implement its programmes after the Kenyan government threatened to revoke its licence.

This comes barely two months after Kenya renewed Tullow’s licence for 15 months, but with tough conditions due to frustrations over delays. Kenya had threatened to withdraw the company’s licence if it does not deliver a work programme by October 31.

The EastAfrican has established that the company presented the programme two weeks ago to the Petroleum Cabinet Secretary for review and probable approval.

“When the government renewed Tullow’s licence in September, the company was given until the end of October to come up with a work programme. The government was categorical that if the programme is not delivered within the agreed time frame the licence will stand revoked,” said a source familiar with the issue.

He added that Tullow last week presented the programme — the roadmap for implementing project oil Kenya — and should culminate in a comprehensive field development plan (FDP) by first quarter of 2022 and final investment decision (FID) by end of 2022.

Tullow refused to comment on the matter despite initially agreeing to respond to questions sent to the new managing director, Madhan Srinivasan.

“I have nothing to talk about on the project,” he said.

Kenya is hoping to get Project Oil Kenya back on track, with the work programme on budget being a pointer on how Tullow — the operator of the project — intends to move forward.

The Kenyan government had put the programme as one of the top conditions for licence renewal as it sought to have a better understanding about whether the firm, which is grappling with financial problems, still has the ability to implement the project.

The government also wanted a clear budgetary breakdown and how Tullow together with its joint venture partners Africa Oil and Total plan will mobilise financing for the project. This is even as crude oil prices at the international market are on a slow recovery trajectory.

Conservative estimates show that Kenya requires $3 billion to finance the development of its Turkana petroleum deposits with $1.8 billion required for upstream projects and $1.2 billion for the Lokichar-Lamu crude oil pipeline (LLCOP).

Global demand for oil has remained subdued and could drop further as the world experiences a second wave of Covid-19, and crude prices still hover around the $40 per barrel mark. On Wednesday the international benchmark Brent crude futures declined by 2.26 per cent to $40.27 per barrel while US crude futures also dropped 2.88 per cent to $38.43 per barrel.

If the government approves Tullow’s programme, the second condition for the licence renewal was that the UK firm must submit a comprehensive FDP by first quarter of 2022.

Kenya intends to start commercial production of crude in 2024.