Tundu Lissu released after being interrogated by police 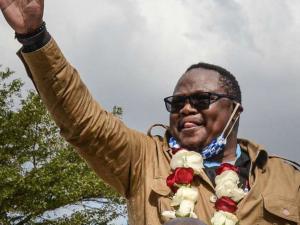 Tanzania opposition leader Tundu Lissu was released Monday after being held briefly by the police.

The party late on Monday evening, in a tweet, said that Lissu has been freed after being interrogated by the police for more than two hours.

Police in Dar es Salaam had earlier on confirmed Lissu's arrest, saying it was related to planned protests over election results.

“We arrested him in Dar es Salaam when he was leaving the European Union (EU) head office,” Dar es Salaam Regional Police Commander Lazaro Mambosasa said on the phone.

It was not immediately clear who Mr Lissu was meeting at the EU’s Umoja offices.

Since Saturday, several opposition leaders in the country have been arrested in what has been reported as the government's effort to block planned post-election protests against Tanzania’s election results that declared President John Magufuli the winner.