Two city hotels to be auctioned over BRD debt 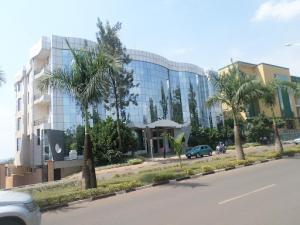 Two popular Kigali hotels are under auction over debts owed to the Development Bank of Rwanda (BRD). The two properties are The Mirror Hotel in Kisementi and Hotel Villa Portofino in Nyarutarama. The two properties are listed on “cyamunara.gov.rw”, the electronic collateral auctioning system following the approval of the sales by the Registrar General.
The New Times understands that the arrears leading to the auction accumulated before the Covid-19 pandemic but the economic slowdown could have dashed any hopes of recovery.

The amount of money owed by each of the hotels was not readily available by press time. The insolvency of hotels follows previous concerns of non-performing loans raised by the Central Bank and finance sector players, which was most prevalent in hotels even prior to the pandemic.
The Mirror was the first to be listed for auction over unpaid debts to BRD. The property was listed for auction in July this year after attempts by stakeholders to find alternative avenues to reclaim arrears failed.

A source with insights to the auction of the property told The New Times that prior to the auction which had initially been slated for 2020, the bank and the Registrar General had looked into other avenues such as receivership which failed to materialize.

Among the options they explored included putting the property under management to recoup the sums owed but this could not take off.

The Mirror Hotel is a three-star hotel located near the busy Kisementi junction and has been operational for about 6 years. According to a notice of auction, the property is valued at about Rwf3.9bn and sits on a 1.765 square metres plot considered to be prime location.

Vedaste Habimana, the appointed auctioneer said that anyone intending to take part in the auction will be required to deposit on the Ministry of Justice account a refundable equivalent of 5 per cent of the value of the property.

This he said is a move by government to stave off fraudsters and in the case of an unsuccessful bid, the money is returned to the owner.

Hotel Villa Portofino is located along the Nyarutarama-Kagugu road and it is also graded as a three-star hotel with a value of Rwf 5.4bn.

It sits on a 5230 square metres and its auction is being overseen by Anne Murerwa.

According to her, serious bidders will also be expected to deposit about Rwf 269M which is equivalent to 5 per cent of the value of the property.

The property had in 2016 signed a hotel management agreement with Swiss International Hotels and Resorts but the partnership did not last and the property was handed back to its management.

The BRD annual report for 2020 noted that net impairment on loans in 2020 increased by 77 percent as a result of uncertainties in customers’ business which resulted in loan restructuring.

However, the auctions could not be done in 2020 as the recovery process has been halted by the suspension of the auction process by the Registrar General office.

The two properties auction follow another one, Hotel Karisimbi located in the affluent Kiyovu neighbourhood in Nyarugenge District which has been on the market for about three years following insolvency after being unable to pay a number of creditors.

The creditors are seeking to recover close to Rwf2 billion from the asset.

As of May 2021, the non-performing loans ratio in the hotel sector increased to 10.9 per cent.
The insolvency of hotels has been explained as a result of significant borrowing by sector players without adequate understanding of insights into business projections and trends in the hospitality sector.

Around 2013 and 2014, a number of local investors took loans to join the hospitality sector expecting significant growth rates in the sector. For some, the returns have not as had been projected leading them to default on loans.

Following the pandemic, the government launched the economic recovery fund where Rwf50bn was set aside for hotel refinancing to restructure 35 per cent of total performing outstanding loans of the hotel sector that stood at Rwf134 billion for 571 borrowers as at end of February 2020