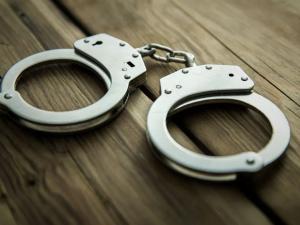 Father Eric Iraguha, 40, the Headmaster of EAV Mayaga, and Jean-Baptiste Mutabazi, a 47-year old teacher at this school in Nyanza District, are being sued by court over genocide denial after being arrested by Rwanda Investigation Bureau (RIB).

Thierry Murangira, RIB Spokesperson told The New Times, on Monday, May 30 that the suspects were recently arrested and their case was filed to prosecution which has also taken it to court.

“They are accused of denying 1994 genocide against the Tutsi. They allegedly committed this crime on April 27, 2022 when students and teachers in EAV Mayaga were gathering at Nyamiyaga parish during a commemoration event,” he explained.

He said that Mutabazi, who was Master of Ceremony (MC), opened the event saying, ‘We are gathered to remember genocide against Rwandans.’ Priest Iraguha, during his speech, also said that genocide was committed against Rwandans, saying he has evidence.

Genocide denial is punished by article 5 of the law Number 59/2018 of 22/8/2028 regarding genocide ideology and related crimes.

“RIB reminds all Rwandans that it will never tolerate any one who commits genocide ideology and denial against 1994 genocide against the Tutsi crimes. The crime is punishable by the law,” Murangira warned.

On May 28, 2022, at the 28th commemoration event at Petit Séminaire Saint Vincent de Ndera school, Valentine Uwamariya, Minister of Education said schools should take lead in fighting genocide ideology and deniers considering that they accommodate a big number of youth that is targeted.

She said that the Ndi Umunyarwanda programme is a primary tool which schools should use to prepare a generation with values that build a unified and peaceful country.

Ndi Umunyarwanda programme was initiated in 2013, with an ultimate goal of building a national identity and to foster a Rwandan community that is based on trust and unity.

The programme is inspired by the desire to build a strong, united society after it was torn apart during the 1994 Genocide against the Tutsi.

It was initiated as a way to strengthen the solidarity of the people, uphold their moral and spiritual values, as well as make them understand their fundamental rights as Rwandans.

Considering that the regime that planned and executed 1994 genocide against the Tutsi used schools to spread genocide ideology and divide Rwandans, Uwamariya said schools should learn a lesson from the history and take lead in ensuring genocide never happens again.

“We also urged priests and Christians in general to intensify battle against whatever could lead to the destruction of the country. This is based on the fact that there are cases of such people who planned and committed 1994 genocide against the Tutsi,” she added.

From April 7 to 13 alone, RIB shows there were 68 suspects, 53 cases registered for committing genocide ideology and related crimes.

According to RIB statistics, in the past six years, there was a reduction by 61% of cases recorded during the commemoration week.