Uganda backtracks on deal to abolish taxes on Kenyan juices 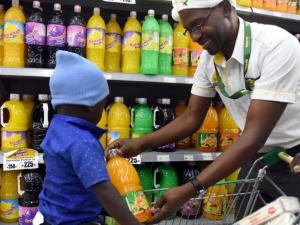 Uganda has reneged on an agreement to abolish 12 per cent duty on Kenyan-manufactured fruit juices, and removal of 12 per cent verification fee on Nairobi's pharmaceutical exports, putting a strain on the neighbouring countries' trade ties.

Kampala says it needs the revenue to meet its annual budget, while Nairobi says that the tax makes Kenyan-made goods more expensive in Uganda.

Kenya has also complained that the unilateral tax by an EAC partner state is in breach of the Customs Union protocol.

The EastAfrican has learnt that Kampala disregarded a bilateral agreement signed with Nairobi in December, as the Uganda Revenue Authority (URA) seeks to raise a total of Ush20.21 trillion ($5.43 billion) in domestic taxes to finance part of the Ush45.49 trillion ($12.23 billion) budget for the 2020/2021 fiscal year.

Kenya's latest Economic Survey data shows that Uganda still remains Nairobi's leading export destination within the EAC and in Africa, but that the growth in the value of its exports to Uganda slowed down last year compared with the other EAC member states.

In March, Ugandan Finance Minister Matia Kasaija tabled the Excise Duty (Amendment) Bill, which provided that fruit and vegetable juices (except juice made from at least 30 per cent pulp from fruit and vegetables grown in Uganda) attract 12 per cent tax or Ush250($0.06) per litre, whichever is higher.

This is despite the two countries reaching a deal on the taxation of juices and pharmaceuticals and milk products in December last year, which had threatened to push them onto a collision course.

As part of the agreement that was signed in Kampala by Kenyan trade officials led by the then Principal Secretary in the Ministry of Trade Chris Kiptoo and his Ugandan counterpart Grace Choda, Uganda had committed to abolish the contentious taxes by June 30 this year, and to provide an advance progress report on March 31, 2020.

In return, Kenya committed to lift the ban on exports of poultry products to Uganda that was imposed on February 14 last year, and also to increase market access for Ugandan sugar to 90,000 tonnes from 30,000 tonnes, subject to verification by Kenya in February 2020.

Kenya also lifted a long-standing ban on export of beef and beef products to Uganda.

The two countries also agreed that Kenya imposes 16 per cent VAT to control influx of Ugandan milk into the Kenyan market and protect local dairy farmers.

At the recent meeting of the EAC Sectoral Council of the ministers of Trade, Industry, Investment and Finance (SCTIFI), Uganda said that juice and pharmaceutical taxes is a “revenue issue” and that abolishing them would lead to loss of revenue to the Ugandan government.

Uganda said it intended to resolve the issue in June next year. Kenya requested Uganda to consider exempting its juices and pharmaceuticals from duty while awaiting resolution of the matter, but its request was turned down.

Uganda had introduced the discriminative excise duty on Kenyan juice and verification fees on pharmaceuticals under the Excise Duty Amendment Act 2017.