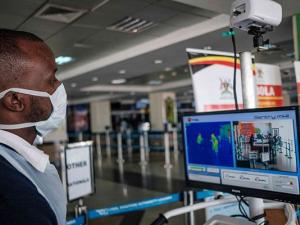 Dr Joyce Moriku Kaducu, Minister of State for Primary Health Care said that two of the five cases are Chinese nationals while the others are Ugandans.

"Dear Ugandans, this is a very critical moment for everyone as the number of positive cases keeps scaling up. Five more people have been confirmed positive, including two of the six Chinese that were got in Zombo. They cannot be presented in court for fear of further spread," tweeted Dr Kaducu.

One of the victims is an 8-month-old baby whose father travelled from Kenya recently.

Out of 14 cases, 12 are Ugandans while two are Chinese nationals.

According to the Director General of Health Service Dr Henry Mwebesa, a total of 574 have reported for check up in the last two days following appeals by the Ministry of Health.

Dr Mwebesa added that the ministry has contacted another 1,230 people for testing.

Some 1,400 people have completed mandatory quarantine, 764 are undergoing institutional quarantine and 466 are on self-quarantine, Dr Mwebesa revealed.

Prior to Wednesday’s cases, all the first nine confirmed cases are Ugandans who are said to have arrived from Dubai, United Arab Emirates.

“Dubai was not among our high risk countries but from what we are seeing, we think what was reported did not give the right situation because all the cases we’ve got are from Dubai,” Minister of Health Ruth Jane Aceng said on Sunday while confirming eight new cases.

The patients have been admitted at Entebbe Hospital.