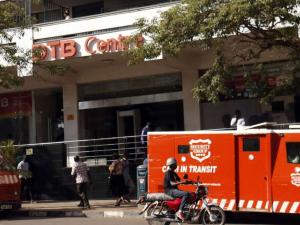 East Africa’s nascent syndicated loan markets have been upended after a Ugandan High Court declared cross-border lending illegal if done without the permission of the Central Bank.

The development could freeze an estimated $130 million worth of intra-EAC lending and undermine the on-going regional financial integration process.

In his ruling, Justice Adoyo argued that DTB Kenya was a foreign bank and that the lender was required to seek authorisation from Uganda’s Central Bank, the industry regulator, before engaging in activities such as lending and extending facilities in Uganda.

“I am of the considered opinion that indeed by their way of very actions the Respondents (DTB Uganda and DTB Kenya ) committed illegalities when money facilities were rendered by the 2nd respondents (DTB Kenya) to the 1st and 2nd Applicants (Ham Enterprises and Kiggs International Ltd) without prior authorisation of the [Central] Bank even where such funds were availed outside Uganda for the import of the Financial Institutions Act is that prior authorisation is required of the Bank of Uganda was a prerequisite,” said Mr Adoyo in his ruling dated October 7, 2020.

The judge also ruled that it was illegal for DTB Uganda to act as an agent for its parent firm (DTB Kenya) in the syndicated loan without written approval from the Bank of Uganda.

The judge declared that DTB Uganda and DTB Kenya breached the different loan agreements terms entered into with Ham Enterprises Ltd and Kiggs International Ltd between February 2011 and November 2019.

He declared that the credit facilities have been settled and ordered for the recovery of Ush34.3 billion and $23.46 million recovered by the banks from Kiggundu’s account.

“Diamond Trust Bank has noted with concern the judgement on October 7, 2020 by the High Court in the case between the Bank and Ham Enterprises Ltd,” DTB said in a statement.

“DTB, in consultation with its legal advisors, has filed a notice of appeal against the judgement of Justice Henry Peter Adonyo. We look forward to the expeditious resolution of the matter in the Court of Appeal and are confident the case will be determined on its merits.”

“As a result of the judgement and its implications, the syndicated loan portfolio currently at risk seated with commercial banks is over Ush5.7 trillion ($1.53 billion) of running facilities across the various sectors including real estate, road construction, energy covering hydroelectric power, oil & gas and manufacturing,” Uganda Bankers Association said in a statement.

“This figure does not include pipeline transactions that were still being processed and have all been halted since judgement came yesterday,” said UBA through a joint statement by Chairman Mathias Katamba and Executive Director Wilbrod Humphreys Owor.

“The message this judgement is sending to other borrowers with foul intention who can now anchor their default on this judgement that declared syndication illegal.”

After the ruling Bank of Uganda (BoU), issued a public notice to calm the markets and said it remains committed to ensuring a resilient, sound and stable financial sector and would take action if need be to protect the industry.

“We await the detailed written judgement of the Court to assess its implications and to determine an appropriate response thereto, including any future actions with regard to the matter,” Central Bank Governor Emmanuel Tumusiime-Mutebile said in a statement.

Mr Kiggundu, through his companies Ham Enterprises and Kiggs International (U) Ltd, sued DTB Kenya and Uganda for deducting money from his accounts as part of the lenders’ efforts to recover a loan he was granted between February 2011 and September 2016 and which had turned out to be non-performing

Later, he got a facility of $4.5 million through Kiggs International (U) Ltd from DTB (K) and mortgaged his properties as security for the loan.

Bankers are aggrieved that, rather than deal with the principle — whether the businessman borrowed money and paid it all back as agreed or not — the ruling has dealt with technicalities. The businessman’s legal team, however, argued that the principle could not be dealt with if it was based on an illegality. This distinction is expected to be the heart of the appeal.

According to the Loans Market Association, a research firm, East Africa’s syndicated lending is still in its infancy compared to the European market, and as a result there remains a lack of understanding amongst some borrowers, local law firms and even lenders regarding syndication and the workings of the international finance markets generally.

Kenya Bankers Association (KBA) said its members will, for the time being, approach syndicated loans with caution until the interpretation of the Ugandan law on the matter is clarified by the Court of Appeal.

“I think the matter is still appealable but right now the position we are taking is precautionary because this case will affect the ease at which syndicated loans come into the market,” KBA chief executive Habil Olaka told The EastAfrican.