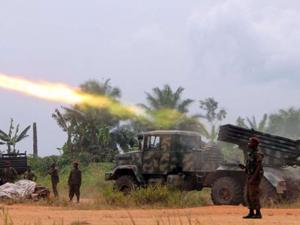 Uganda and the Democratic Republic of Congo have intensified their efforts to hunt down rebels accused of launching terror attacks on both countries.

The Armed Forces of the Democratic Republic of Congo (FARDC) and the Ugandan People's Defence Forces (UPDF) have announced joint ground operations in DRC to hunt down ADF rebels, in addition to the joint aerial operation launched on Tuesday morning.

Read: We are coming for you, Museveni tells terrorists

In two separate but similar communiqués, the two armies say that the air strikes were on target and hit Allied Democratic Forces (ADF) positions.

"The targets were accurately hit," UPDF said, while the DRC army added that the operation was "professional".

General Léon-Richard Kasonga, spokesman for the Congolese army, said that "the ADF positions were hit by this morning's (Tuesday's) strikes". The Congolese army promised to make public the impact of the air strike in a few hours.

The provinces of North Kivu and Ituri, which have been under siege since May 6, 2021, will see an intensification of military operations.

In the National Assembly, lawmakers said they want to know "what are the limits of movement" imposed on the Ugandan army in DRC soil. They urged the state to explain the extent of the agreement on the joint operation.

Read: Uganda, DR Congo near deal to flush out ADF

"The same mistakes will produce the same tragic effects," he said.

This is not the first time Ugandan forces have launched an offensive against the ADF on Congolose soil.

In 2017, UPDF announced that it had killed more than 100 ADF fighters during strikes in Beni, North Kivu, in eastern DR Congo.