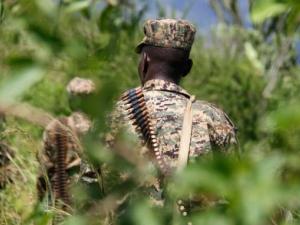 Uganda has paid the Democratic Republic of Congo $65 million in reparations for the invasion and looting by Uganda People’s Defence Forces (UPDF) more than 20 years ago.

DRC Justice Minister Rose Mutombo made the announcement on Saturday.

In February, the International Court of Justice (ICJ) ordered Uganda to pay $225 million to DR Congo for loss of lives, $60 million for looting, plunder and exploitation of natural resources and $40 million for property damage.

The payments were to start in September this year and run until 2026, with Kampala paying $65 million each year to Kinshasa, failure of which the instalment would accrue a six percent annual interest rate.

DRC government spokesperson Patrick Muyaya said the reparations “are lodged in a transitory account of the Ministry of Justice in a local bank” as the government creates mechanisms to compensate the victims’ families.

DRC had demanded $11 billion in reparations for the invasion by the Ugandan army during the Congo war between 1998 and 2003.

The war in eastern, southern and northeastern Congo provinces involved the DRC army supported by Zimbabwe, Angola and Namibia against rebels backed by Ugandan and Rwandan militaries. In the course of the war, the Rwandan and Ugandan armies ended up fighting each other on Congolese soil, notably in Kisangani in the northeast in June 2000.

Uganda had initially protested the ICJ ruling terming it “unfair and wrong”.

The Congolese and Ugandan armies launched a joint operation late last year against the Allied Democratic Forces rebels blamed for thousands of killings in the eastern DRC and recent bomb attacks in Uganda.

Uganda and the DRC signed a $330 million deal in May 2021 to build and rehabilitate more than 200 kilometres of roads in the interior of North Kivu (eastern DRC) and to link Uganda to the DRC.