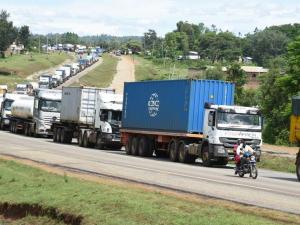 Uganda will build its standard gauge railway even if Kenya fails to extend its line to Malaba, officials say. Construction of the long-delayed SGR will now start in the 2022/2023 fiscal year even as the connection with Kenya remains a sticking point.

The country’s 271-kilometre-long SGR was part of the Northern Corridor Infrastructure project linking Kenya, Uganda and Rwanda, but has stalled amid political and financial uncertainty. In all, Uganda is now looking at building 2,700km of SGR with connections to its northern, eastern, southern and western neighbours.

Perez Wamburu, the SGR project co-ordinator, said the prospects of closing a financing deal with China Exim Bank in the coming months are high. He was speaking during a recent end of year briefing for a section of Ugandan media. The parties had narrowed the number of outstanding queries from 27 when the Ministry of Finance reapplied for funding in October 2019, to just three today, he added.

One of the major outstanding issues is the connection with Kenya, which came into doubt after Nairobi paused its SGR development in Naivasha, opting instead to revamp the century old metre-gauge to Kisumu, where it is building a railway cargo transhipment facility. The second query concerns the operations plan for the network and finally, the loan repayment plan.

“I think we have answered all those queries satisfactorily and conclusive talks should start soon after the elections in 2021. The viability of the line under different scenarios remains positive and a Chinese company will operate the network for the duration of the loan repayment period before handing over the assets to Uganda,” Mr Wamburu said.

One of the scenarios Uganda has considered is the viability of the line without a direct interface with the Kenyan system, with the cargo instead being ferried on water to a facility to be developed in Majanji on Lake Victoria. That would allow cargo from South Sudan and North Eastern DR Congo to be shipped to either Mombasa through Kisumu or onward to Dar es Salaam through Mwanza. Another scenario sees Kenya eventually bringing its line all the way to Malaba, while the other one is a hanging line running from Kampala to Malaba.

Mr Wamburu said a direct interface with the Kenyan SGR would be the better option, but the line would still have a positive rate of return under all scenario’s albeit with varying margins. The project is also debt-neutral at this point because the contract fee of $2.26 billion for the first phase is already accounted for under existing stock of $15.5 billion of national debt stock. The decision to proceed with construction is premised on the thinking that by the end of the projected construction period, Kenya would have resolved whatever issues are holding up the extension of its SGR to Malaba. Preconstruction activities continue and at least 120km of the 271km corridor has been secure with 4,800 projected affected persons compensated so far.

“We shall be sitting with Kenya and China Exim to bring clarity to issues of the interconnection but everybody is still committed to this project,” Mr Wamburu said.