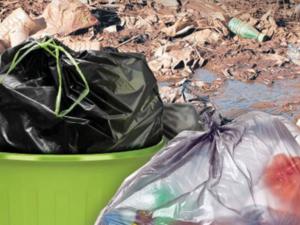 Uganda is embarking on a 10-year environmental restoration programme that will include a ban on polythene bags and a range of plastics.

According to the Junior Minister for Environment Beatrice Anywar, the ban is one of the measures the Cabinet has passed as it gets down to fixing the mess that is environment conservation even as environmentalists argue there is still no political will to see them through.

Section 2 of the 2009 Finance Act prohibits the importation, local manufacture, sale or use of plastic bags or bags of polymers of ethene and polyethene but implementation of the ban hit a snag following a disagreement on the back of intense lobbying by plastics manufacturers.

Among the new measures, the government wants encroachers on forest reserves, lakeshores and riverbanks evicted while those on rural wetlands will be offered alternative sustainable models. Also, the growing of rice in the wetlands has been banned.

“All titles issued in the wetlands and forest reserves must be cancelled by Ministry of Lands and Urban Development and the people who issued them prosecuted,” Anywar said.

She added that boundaries of forest reserves, lakeshores, riverbanks and wetlands will be demarcated to prevent future encroachment.
Uganda has one of the highest rates of deforestation and wetland degradation in the region. A Ministry of Water and Environment data shows that wetlands declined from 15.6 percent in 1990 to 8.4 percent in 2017 while forest cover reduced from 24 per cent in 1990 to 9 per cent in 2015.

The amount of water available annually in the country has declined from 66 billion km3 in 2005 to 43 billion km3 by 2021 and is expected to worsen by 2040 with serious impacts on the water needs of the various sectors of the economy.

Anywar said Uganda’s water resources were 98 percent transboundary shared with 10 other countries in the Nile basin.

This rapid decline is attributed to industrialisation, unplanned urbanisation, deforestation, agriculture and the high population growth rate of about 3.2 percent annually.