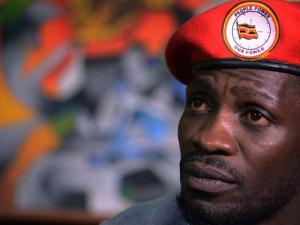 Mr Kyagulanyi was arrested on Wednesday afternoon and was being driven to a police station in Kalangala Island area, according to the Daily Monitor.

“Bobi Wine and his entire campaign team arrested in Kalangala! Media blocked – Admin,” read a tweet on the handle.

Daily Monitor reports that efforts are currently underway to have the NUP candidate airlifted to Kampala from Kalangala Island.