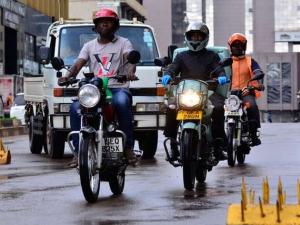 Ugandan businesses, which are struggling to remain afloat after months of lockdown, will have to wait longer for the pledged government stimulus package.

Finance Minister Matia Kasaija, in a telephone interview on July 29, told The EastAfrican that the first tranche of the funds, Ush500 billion ($137.7 million) of the Ush1 trillion ($267 million) earmarked for the recapitalisation of the Uganda Development Bank (UDB) will be released in three months’ time without being specific on dates.

Minister Kasaija announced the stimulus package, in his budget speech on June 11, through a proposed recapitalisation of UDB to ease access to credit for battered businesses at relatively low interest rates.

The national “economic stimulus and growth strategy” is aimed at restoring household incomes and safeguarding jobs by re-igniting business activity and providing tax relief to businesses affected by the four months of lockdown.

However, business owners say the delays in disbursing funds to struggling enterprises could come when it’s too late.

Gideon Badagawa the Private Sector Foundation executive director told The EastAfrican that “The more we delay, the bigger the number of enterprises that will go out of business. More jobs are being lost, and our output is reducing. Currently we can no longer fulfil market demands of volume and standard.”

Mr Badagawa said that to solve the liquidity problem of the bank, the government should not only look at recapitalisation but also urgently provide money for onward lending. He adds that while the money will eventually come, only a few will benefit because many are not formalised and hardly keep proper books of accounts to support their applications for the funding.

While government said that some of the money for the stimulus would be drawn from debt it has received from the International Monetary Fund, Minister Kasaija was reluctant to discuss the delay since he had indicated the money was already available.

Mr Badagawa said sectors that can have a huge impact on jobs and exports should be prioritised to access this credit. Everest Kayondo, the head of Kampala City Traders Association said SMEs that had been promised access to the funds through their Saccos were also yet to receive the monies.