Uganda to use digital recognition to avoid bogus voting 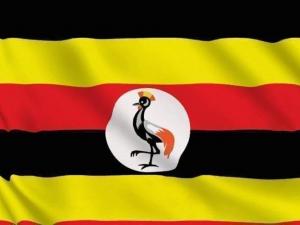 To eliminate bogus and multiple registrations of voters, Uganda's President Yoweri Museveni on Monday proposed to put in place a digital identification system in the next elections.

While addressing a function in the capital Kampala where he handed over 1,000 motorcycles to ruling party sub-county chiefs, Museveni said arrangements are being made to use digital technology in the next presidential elections.

The presidential and general elections are scheduled in the landlocked East African country in February 2021. Museveni, 75, will be seeking reelection for a fifth term. He assumed office in 1986 after leading guerilla warfare for over five years.

“Next elections will be digital. We are going to use biometric machines during the election to eliminate vote-rigging,’’ he said.

He said due to corruption, the system could not be introduced earlier. He said the money allocated to purchase digital gadgets was misappropriated.

“You put fingers on the machine and it records it. Fingerprints are different, different people cannot have the same fingerprints. Using such a method will eliminate multiple registrations and voting,’’ he said.

He said that electoral malpractices had started in the country in 1962 and had been going on in the subsequent elections. He promised that this time, these malpractices will be eliminated.

‘’Digital identification will clean up voting in the country. It will clean up the system, which we have been fighting for since 1962.’’ Museveni said.