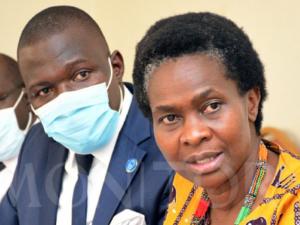 Ugandans found spitting in public could spend a year in prison or pay a Ush3 million (about $830) fine if proposed changes to the Public Health law are passed.

The Public Health (Amendment) Bill, 2021, seeks to curb the habit that is deemed dangerous due to the risk of spreading diseases.

The proposal seeks to amend Section 27 (n) of the Public Health Act that prohibits spitting in public places or vehicles, except into receptacles provided for that purpose.

The Bill was tabled before the Ugandan Parliament last month and is being scrutinised by the Health Committee.

However, doctors are opposed to the changes, arguing that spitting is a biological function in response to the disease present in someone’s body.

Through their lobby, Uganda Medical Association, they told legislators that the government should provide sanitary and hygiene facilities in public spaces as an alternative.

“Individuals are also mandated to take care of public health, we should not spit anywhere in public, but that shouldn’t stop us from spitting. Public transport service providers should provide receptacles. Some patients use public means of transport, so should they stay home and die?” Dr Herbert Luswata, the association’s secretary-general, posed.

The medics also oppose a proposal by the government to impose fines on individuals who refuse to get vaccinated against Covid-19.