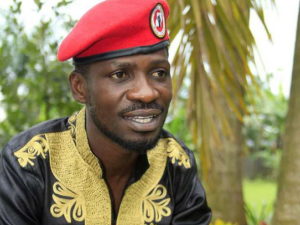 Ugandan opposition politician Robert Kyagulanyi, popularly known as Bobi Wine, has insisted that he will hold open air rallies when the campaigns for 2021 General Election start, contrary to the country’s electoral commission’s directive.

“What we are going for are elections provided for within the law. We shall hold public rallies, talk to the people and move from district to another because there is no reason whatsoever for us to hold scientific elections,” Wine told journalists Wednesday at the People Power headquarters in Kamwokya, a Kampala suburb.

Section 21 (2) of the Presidential Elections Act, 2005, stipulates: “Every candidate may hold individual public campaign meetings in any part of Uganda in accordance with any existing law.”

However, last week, the electoral commission issued a revised roadmap for the 2021 General Election and banned public rallies, saying all aspirants are supposed to use existing media platforms such as radio and TV.

The electoral body said the move is in line with the government directives to stop the spread of Covid-19.

But Wine, who is the MP for Kyadondo East, said countries with more cases and deaths due to Covid-19 are holding public gatherings and conducting normal campaigns.

“No Ugandan should be fooled into believing that Museveni is doing this for the safety of Ugandans. As we speak now, most urban places are filled with people going about their usual business uninterrupted. No social distancing, no nothing. Therefore, the Electoral Commission should not take Ugandans for fools,” he said.

According to Wine, the EC did not consult all the stakeholders when the regulations were passed. He said the electoral body only consulted President Museveni whom he said is an interested party in the elections.

But Mr Jotham Taremwa, the EC spokesperson, said they consulted Mr Museveni on other issues but not on how they should organise elections.

“We talked to the president only about the funding for the election and the offices of EC, not the elections roadmap,” Mr Taremwa said in a telephone interview.

“Is this the first time we are releasing a road map? Do we always go around asking people whether we should release one? The answer is no. So if they go ahead to conduct rallies putting Ugandans in danger of dying, there is another agency that is mandated with the enforcement of the law,” he added.

But Wine claimed that President Museveni is using Covid-19 to block some politicians from campaigning.

“What Museveni fears is the people. He was hiding behind the Public Order Management Act and now he’s hiding under Covid-19 to block us from reaching the people,” Wine said.

Police spokesman Fred Enanga told Daily Monitor Tuesday that they are waiting for the adjusted programme from the EC so that they can enforce the regulations.

“Our mandate is to enforce the law and as it is now, the task is still before the commission. If they come up with regulations that are for the safety and health of Ugandans, we shall enforce them because that is what we are supposed to do,” Mr Enanga said.