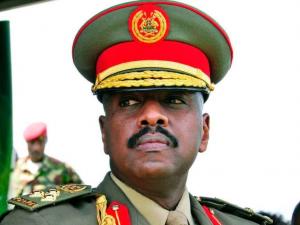 He is scheduled to meet Rwandan President Paul Kagame.

Lt Gen Muhoozi, Land Forces Commander and president’s son, had previously tweeted that he would travel to Kigali “to solve all outstanding issues between Rwanda and Uganda”.

Lt Gen Muhoozi last visited Kigali on January 22 where he held talks with President Kagame over the restoration of bilateral ties between the two countries.

A week later, Kigali announced that the Rwanda-Uganda border, which had been closed since 2019, would reopen.

Relations between Rwanda and Uganda deteriorated in 2017 when Kigali accused its neighbour of harbouring groups hostile to it and torturing innocent Rwandans on its soil.

Despite bilateral talks and efforts to normalise relations, some issues remain unresolved.

Until a week ago, only cargo trucks were allowed to cross the border.

On March 7, the Gatuna/Katuna border reopened, allowing citizens to cross for the first time since 2019 when the border was closed due to political standoffs.

For a week, traffic at the Gatuna/Katuna border has been gradually restored.

Travelers, however, continue to complain about the mandatory PCR Covid-19 test on both countries’ border points.

Both Rwanda and Uganda have denied requiring travellers to pay for any Covid-19 PCR test, leaving passengers in a tight spot.

The PCR test fee is currently only required at the Gatuna/ Katuna border. Travellers at Rwanda’s border with DRC and Tanzania are only required to show a laissez-passe or a passport.

Rwanda announced that there are no Covid-19 cost requirements at all its land borders and that the PCR test is a requirement by Uganda for people traveling to or from the country.

“People who travel to Rwanda via land borders are not required to test for Covid-19,” reads an announcement by the Ministry of Health on March 11.

On the same day, Uganda’s Ministry of Health also said that there is no testing required for people coming in or going out of the country.

The ministry spokesperson Emmanuel Ainebyoona said it is only at the Rwanda border where testing is being done because Kigali requires it before people can cross.