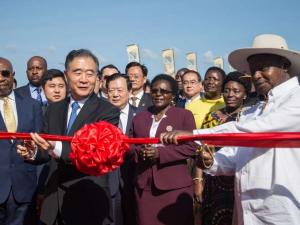 Four weeks into election campaigns, Uganda’s 11 presidential candidates have yet to articulate their foreign policy positions.

Incumbent President Yoweri Museveni’s public pronouncements are not pushing any specific agenda and neither is his party manifesto.

In his 35-year rule, President Museveni has pushed a foreign policy that generally promoted cordial relations and he has been a big influence in the East Africa and the Great Lakes region.

President Museveni considers himself a pan-Africanist and says that is why he deployed Uganda Peoples Defence Forces (UPDF) to Somalia in 2007, and South Sudan in 2013.

However, President Museveni seems to have less influence in the region now. He failed to mediate the Burundi crisis in 2015, and recently, relations with Rwanda have chilled. In recent years too, he has looked inwards as he faces growing political opposition.

Under his leadership, Uganda has had mixed engagements with other countries. Last month, Oded Joseph, the Israeli envoy to Uganda, lauded the role of President Museveni in the normalisation of ties between Israel and Sudan, after years of hostility.

But Mwambutsya Ndebesa, a lecturer of history at Makerere University, said candidates should address themselves to the ratification of international agreements.

“In Uganda, it is the executive that ratifies international agreements and not parliament. It should be parliament, the people’s representatives, and not the executive,” he told The EastAfrican. “We have signed many that have signed off our sovereignty.”

He urged presidential candidates to push for the signing of good governance protocols.

Popular opposition politician Robert Kyagulanyi aka Bobi Wine of the National Unity Platform says in his party manifesto that they will work “towards a more politically and economically united Africa”, leaning towards a pan-African foreign policy.

Patrick Amuriat, a presidential flag bearer for Forum for Democratic Change does not say much on foreign policy and neither does his manifesto.