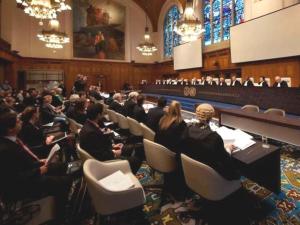 The International Court of Justice (ICJ) has awarded the Democratic Republic of Congo $325 million for damages it suffered at the hands of Ugandan forces in its territory between 1998 and 2003.

The war reparations is just a fraction of the $11 billion demanded by Kinshasa over the brutal war two decades ago.

ICJ chief judge Joan Donoghue said DRC failed to provide evidence of the extent of the damage, leaving the UN court to rely on reports by panels of experts and the United Nations.

The reports, the judge said, proved that Ugandan troops had occupied Ituri Province, in eastern DR Congo, causing loss of lives, injuries to persons, displacement of communities, damage to property, and plunder of gold, diamonds, coltan, timber and coffee.

The ICJ ordered Uganda to pay $225 for the fatalities, displacements and injuries to persons.

For plunder of resources and damage to property, the court awarded $60 million and $40 million, respectively.

Uganda will pay the penalty in four-year instalments of $65 million every September, failure to which the fine will attract a six percent interest annually, the court ruled.