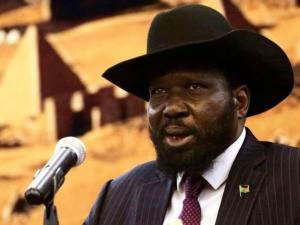 The UN Security Council voted Tuesday to prolong its peacekeeping mission in South Sudan for one more year, after Russia and China chose to abstain.

The Council's 13 other members all voted in favour of the resolution, which extends the UN Mission in South Sudan (UNMISS) until March 15, 2023 at its current level of deployment.

The maximum number of UN peacekeeping soldiers for UNMISS is set at 17,000 with an additional 2,100 police officers.

The operation is one of the most expensive for the UN, with an annual budget surpassing $1 billion.

China indicated that it was in favour of the extension, but chose to abstain because the United States insisted on including human rights in the resolution's text.

China's deputy ambassador, Dai Bing, called the draft resolution "very unbalanced," a sentiment shared by his Russian counterpart, Anna Evstigneeva, who was disappointed that Moscow's amendments were left out.

The resolution states that the goal of the peacekeeping mission is to "prevent a return to civil war in South Sudan, to build durable peace at the local and national levels, and to support inclusive and accountable governance and free, fair, and peaceful elections."

At a Security Council meeting in early March, the UN and the United States, which played a key role in South Sudan's creation, urged its leaders to move forward with its planned elections, or risk a "catastrophe."

With less than a year to go before the elections, South Sudan risks sliding back into war, the UN warned in February.

The world's youngest country has experienced chronic instability since gaining independence from Sudan in 2011.

Between 2013 and 2018, it descended into a bloody civil war between arch-enemies Riek Machar and Salva Kiir, which left nearly 400,000 dead and millions displaced.

A peace agreement signed in 2018 led to a national unity government that was inaugurated in February 2020, with Kiir as president and Machar as vice president.

Due in part to ongoing feuds between the two rivals, the peace agreement remains largely unimplemented.