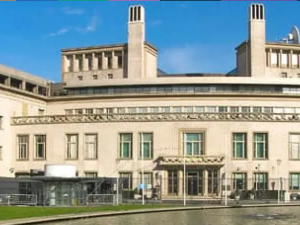 The Prosecutor of the of the Residual Mechanism for International Criminal Tribunals (RMICT) has requested that genocide architect Felicien Kabuga is temporarily transferred to the The Hague in The Netherlands.

Chief Prosecutor Serge Brammertz filed an urgent motion before Judge Carmel Agius, President of the UN Tribunal, requesting for Genocide suspect Felicien Kabuga to be transferred to The Hague Branch of the court.

Kabuga was on May 16 arrested in the French capital Paris, which brought an end to the 26-year hunt for the former businessman who used his wealth to fund the genocide against the Tutsi.

In the motion, the Prosecution requested the President to urgently amend the Warrant of Arrest and Order for Transfer of Kabuga to provide for temporary transfer to The Hague Branch of the Mechanism instead of the Arusha Branch in Tanzania, in light of the current COVID-19 pandemic.

"The current Arrest Warrant provides for transfer to the Arusha Branch of the Mechanism upon arrest. However, in light of the COVID-19 pandemic, a transfer from France to Tanzania, if even possible, bears a number of practical challenges due to pandemic-related restrictions in both France and Tanzania," reads part of the Prosecutor's motion.

Kabuga's transfer to The Hague Branch remains possible despite the current travel restrictions, said the prosecutor.

To avoid any uncertainty created by the pandemic, the Prosecutor noted that the Arrest Warrant should be amended to provide for Kabuga's temporary transfer to The Hague.

"This would ensure that Kabuga can be immediately transferred to the Mechanism’s custody, following appropriate procedures in France. It would also mitigate any delay arising from potential litigation before French courts challenging the feasibility of transferring Kabuga to Arusha during the pandemic."

"The Prosecution has seized the President with this matter because it involves coordination of judicial functions and resources across both Branches of the Mechanism. It also requires a familiarity with the pandemic situation in both Arusha and The Hague. Should the President deem it necessary, this matter could be referred on an urgent basis to the Duty Judge in Arusha."

Prosecution also noted that as soon as the circumstances permit, the Mechanism can then order his transfer to the Arusha Branch.

After interrogation by prosecution on Tuesday, Kabuga appeared in a court in the French capital Paris on Wednesday,  May 20.

In the Paris Court of Appeal, Kabuga's lawyers indicated that they have not had enough time to prepare for his defence and therefore requested for more time.

French law allows for up to eight days in such circumstances.

The court ruled they be given more time and adjourned to May 27.

Genocide survivors and scholars around the world have called for Kabuga to be extradited to Rwanda instead, so as relatives of his victims get to see justice being served.