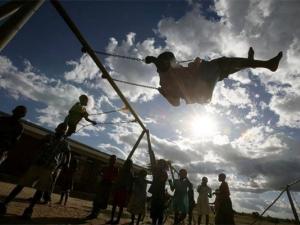 The United Nations Children's Fund on Wednesday pledged to continue supporting Tanzania toward the protection of children's rights, said a statement by the Ministry of Foreign Affairs and East African Cooperation.

Shalini Bahuguna, the United Nations Children's Fund (Unicef) Representative in Tanzania, said the UN agency will continue working closely with the east African nation in improving the welfare of children, said the statement.

The statement said Bahuguna made the pledge during talks with the Minister for Foreign Affairs and East African Cooperation, Palamagamba Kabudi, in the commercial capital Dar es Salaam.

"The rights of children are paramount anywhere in the world, including Tanzania. Unicef will continue protecting Tanzanian children's rights including making sure that they are provided with basic needs," said Bahuguna.

For his part, Kabudi thanked the UN children agency for supporting Tanzania in fulfilling its agenda of protecting the rights of children and their welfare.

Kabudi said since 2016, the government of Tanzania in collaboration with Unicef has succeeded in improving the education and health sectors, and water supply in Dar es Salaam, Mbeya, Iringa, Kigoma, Njombe and Songwe regions.