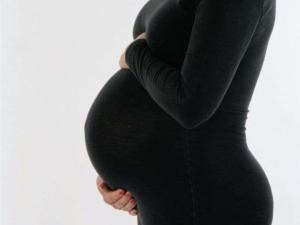 Dar es Salaam. Increasing global trend of unintended pregnancies accounting to half of 121 million annually poses a huge challenge, according to a report by the United Nations Population Fund (UNFPA).

However, the Guttmacher Research Institute says Tanzania recorded a total of 2.93 million pregnancies annually between 2015 and 2019, out of which 1.34 million were unintended with 482,000 ending in abortion.

But, unintended pregnancies to higher learning education students is attributed to several factors including girl students’ desire for money, lack of reproductive education and peer pressure.

Speaking to The Citizen, the University of Dodoma (Udom) student, Mr Priva Sarito, said unintended pregnancies among university students is largely attributed to growing desire for money.
“They find themselves submissive to relationships. As a result, they don’t pay attention to menstruation cycles and reproductive health,” he said.

He said women university students do not have proper education and knowledge on reproductive health that could provide them with prevention guidelines against unexpected pregnancies.
“Most girls’ students are materialistic, something driving them into relationships.

It is from the relationship that they expect to own expensive properties including clothes, mobile phones, laptops and live luxurious lives,” said Ms Asha Rashid, a student from the Tumaini University Dar es Salaam College (Tudarco).
But, Mr Owen Benard, a student from St Augustine University of Tanzania (Saut) in Mwanza Region, excessive freedom granted to higher education students was to blame.

However, Ms Sarah Thadeo, a parent with a student at higher education expressed her disappointment following the growing trend, saying parents investing in children’s education have higher expectations.
“We are disappointed and discouraged when they conceive and bear children in universities. They are supposed to focus on studies, develop their professions and secure good jobs before considering bearing children,” she said.
“They break our hearts for what they are doing. Students need to remember family backgrounds and increase self-esteem when deciding on the matter,” she added.

According to her, female students should be good examples in the community as well as to their respective siblings on the significance of focusing on something.
But, Ms Judith Bujiku blamed university students over the lack of esteem, triggering their involvement in affairs leading to unintended pregnancies.
“They are supposed to stick to their goals of climbing the education ladder,” she advised.

But, the Saut’s dean of students, Mr Liberatus Ndegeulaya said some students proceed for university studies with wrong perceptions in their minds that future husbands are found in universities.
“This is outright wrong because it is not necessarily that they will get future husbands there. It is confirmed with the available trend that the majority of them take care of their pregnancies alone,” he said.

He challenged female students to properly use the freedom they have in higher learning institutions and invest most of their time studying harder.

However, he said it was difficult to have actual figures of students impregnated in higher learning institutions because there are some students who abandon studies after getting pregnant.
“Some of them are discovered when they come to sign papers for loan disbursement , something that forces us to give them priorities,” he said, noting that it is difficult to keep records.
He said the management was making efforts to educate girls students on the negative effects of getting pregnancies in universities.

According to him, students insist on the need for patience and concentrate on studies as well as providing them with reproductive health education especially during orientation courses.

But, the Tumaini University Dar es Salaam College (Tudarco’s) dean of students, Ms Caroline Fumbuka said most students getting pregnant at her college end up in marriage.
“Since they are adults aged above 18 years, they are allowed to make decisions including when to raise children or the moment to get married,” she said.

“However, there are few cases accounting to a small percentage of those who are not married after getting pregnant. Students nowadays are very smart, those getting pregnant they immediately go for engagement and then marriage before the matter becomes a problem,” she added.

A psychologist from We Care Counselling Centre (WCCC), Ms Josephine Tesha said students should believe in themselves to address the challenge of unintended pregnancies in colleges and universities.

“Education about mental health must be taught so that young people can understand and value themselves, something I think will significantly reduce the trend of unintended pregnancies,” she said.
https://www.thecitizen.co.tz/tanzania/news/national/unintended-pregnanci...