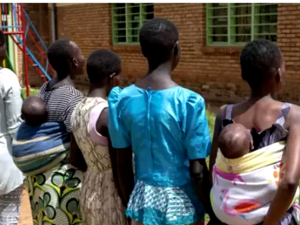 Unintended pregnancies in Rwanda dropped by 31 per cent between 1994 and 2019, a new study shows.

The average annual number of unintended pregnancies per 1,000 women of reproductive age fell from 142 to 98.

The study, a collaborative effort between the World Health Organisation and the US-based Guttmacher Institute, also indicates negligible changes in abortion rates over the same period, marginally increasing from 25 to 28 per 1000 women of childbearing age.

The rate is lower than sub-regional average where 29 per 1000 women had an abortion in 1994, and 35 in 2019 in East Africa. Unintended pregnancies also dropped from 119 to 99 per 100 women of reproductive age in the same period

The report shows a notable rise in the percentage of unintended pregnancies ending in abortion, from 18 per cent to 29 per cent over the 25-year period.

In an email interview, Jonathan Marc Bearak, Senior Research Scientist at Guttmacher Institute, explained to The New Times that, “the abortion rate hasn't increased, even though women are more likely to obtain an abortion when they experience an unintended pregnancy. Women have been much more successful in preventing unintended pregnancies.”

While the current law determining offences stipulates that abortion is a matter decided between a woman and her doctor – without a judge’s involvement, only people who terminated a pregnancy because it was a result of rape, incest or forced marriage don’t risk criminal liability.

Cases of risk to the health of a woman or the foetus don’t have criminal liability too.

Also, despite the fact that only one-tenth of Rwandan women of reproductive age live in Kigali, an estimated one-third of abortions occur in the capital city.

The report points out that this disparity is likely caused by women from regions near the capital that prefer to travel to the capital to procure abortions and post-abortion care, as they’re to seek anonymity and higher quality health services.

Although 54 per cent of all pregnancies between 2015 and 2019 were unintended, 29 per cent of them ended in abortion despite the medical care being legal (but with provisions) in Rwanda, the reports adds.

While the stalled uptake would be strongly attributed to the influence of religion, with more than 90 per cent of the population Christian, Olivia Kabatesi, founder and country director of Empower Rwanda, an NGO that advocates for women and girls' rights, also pointed to limited access to safe abortion services.

“It's also important to note that teen pregnancies and defilement rates are high in villages and at the grassroots level than in towns where girls and parents are more informed about the laws and reproductive health issues in general,” she said.

Indeed, the question of access has been raised several times, and even heard in the Supreme Court in October 2021. But the court upheld restrictions that limit provision of abortion to recognised medical doctors only, as stipulated in a 2019 Ministerial Order.

Nevertheless, half of all abortions in Rwanda are performed by nurses and untrained individuals, and are considered to be of very high risk. An estimated 34 per cent of abortions are conducted by traditional healers while 17 per cent are induced by the women themselves.

This, according to a 2015 study, has led to a high complication rate of 54 per cent and 55 per cent among poor women in both rural and urban areas, with greater complications related to abortions induced by women themselves (67 per cent).

Up to 61 per cent of abortions performed by traditional healers are also subject to complications.

Established in 1968, the Guttmacher Institute is a pro-choice research organisation that deals with reproductive health and rights.