UR on the spot for breach of procurement rules 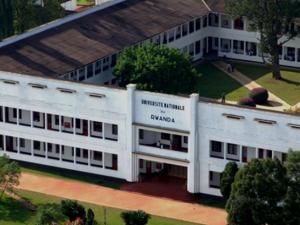 Parliament has tasked the management of University of Rwanda to explain the irregularities in the institution’s procurement process, which were exposed by the Auditor General.

While analysing the AG report for the 2018-19 fiscal year on Wednesday, the Public Accounts Committee (PAC) said that the public varsity had failed to comply with public tendering procedures in the past year.

Specifically, the university is accused of issuing tenders that are above its budget.

For instance, the report shows that while the university had a budget of Rwf13 billion last year, it issued 53 tenders worth Rwf48 billion – far more than the university’s overall budget.

It had planned to issue 127 tenders worth Rwf60.8 billion, reflecting a discrepancy of Rwf57 billion.

“What did the staff base on to award tenders of that magnitude in one year? We want to understand why such mistakes happened,” PAC Chairperson Jean-Chrysostome Ngabitsinze asked the UR officials at the hearing.

However, Samuel Mulindwa, the Permanent Secretary at the Ministry of Education, said that he doubted whether indeed the university ever issued tenders worth Rwf48 billion in a single financial year.

“I am not sure the tenders would even have been covered by the university’s budget for the past two years,” he said.

While appearing before the committee, UR’s Deputy Vice-Chancellor of Finance, Françoise Kayitare Tengera, admitted to having weaknesses in planning given that the money the university receives from government is not sufficient to cover even staff salaries.

The institution spends Rwf25. 1 billion on staff salaries every year.

“The real problem does not lie in the lack of budget but rather poor planning. We should have been able to make realistic plans because we knew the budget allocated to us,” he said.

MPs also raised concern over UR’s failure to recover over Rwf70 million, which was overpaid on tenders awarded at a cost higher than the bid prices.