US deports genocide fugitive to Rwanda 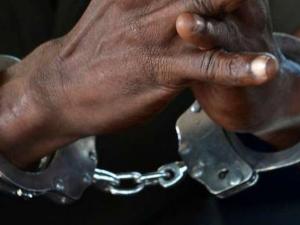 Rwanda’s quest for justice for survivors of the Genocide Against the Tutsi is gaining momentum as Western countries are beginning to facilitate deportation of genocide fugitives to Rwanda.

On Thursday, the United States deported Oswald Rurangwa, a genocide fugitive who was sentenced to 30 years in jail by the local Gacaca court in 2007 for his role in the 1994 Genocide Against the Tutsi.

According to Rurangwa’s charge sheet, he is accused of having actively taken part in mass murder in former Prefecture de Kigali, now Kigali City, particularly in the Gisozi suburb. Close to 300,000 people were killed in the city, 250,000 of the victims are rested in the Kigali Genocide Memorial.

“The NPPA commends the US judicial authorities for the deportation of genocide fugitives, continued cooperation in matters of mutual legal assistance and contribution on global effort to fight impunity,” Rwanda’s National Public Prosecution Authority said in a statement.

In 2008, a year after his conviction, Rurangwa, also known as Oswald Rukemuye, was tracked in Ohio where he was a student at Central State University in Wilberforce.

The US has so far deported six among 23 genocide fugitives living in the country. Since 2007, the Genocide Fugitives Tracking Unit (GFTU) has issued 1,146 indictments and arrest warrants against Genocide fugitives in 33 countries. Only 47 fugitives have been extradited or tried.

Rurangwa’s deportation comes after the United States deported Beatrice Munyenyezi in April to face charges of genocide crimes such as murder, conspiracy to commit genocide, rape and extermination. She was deported after serving 10 years in prison in the United States for lying about her involvement in the Genocide against the Tutsi, to allow her to obtain citizenship.

During his presentation to Rwandan parliamentarians on the current state of pursuing genocide fugitives, Jean Bosco Siboyintore, the Head of GFTU, said that among other challenges, countries lack political will to either extradite the fugitives to Rwanda or try them in their courts.

Rwanda has so far signed extradition treaties with 10 countries.