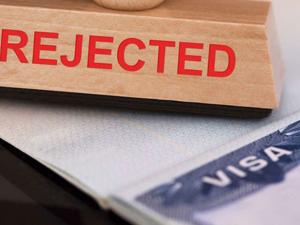 Two Ugandan judges, a lawyer and her husband have been restricted from traveling and transacting any business with the United States over corruption allegations.

The four are suspected of being involved in a mega corrupt child adoption scheme.

Their assets in the US have been frozen by the Department of Treasury’s Office of Foreign Assets Control (OFAC).

According to the US Secretary of State Michael Pompeo, the four -  retired judge Moses Mukibi (66), Saroti resident judge Wilson Musalu Musene (64), lawyer Dorah Mirembe (48) and her husband Patrick Ekobu (45), who is also her associate, lured parents from vulnerable families in Uganda into giving up their children for adoption in the United States.

The desperate parents would then sign documents arranged by Mirembe’s law firm thinking they are setting up their children for a brighter future through higher education while in the actual sense they were giving them up for adoption to unsuspecting parents in the United States.

“Mirembe with the assistance of Ecobu facilitated bribes to Ugandan judges and other government officials to fraudulently procure adoption cases, either directly or through an interlocutor. She paid bribed to get cases steered to judges Mukiibi and Musene,” Mr Pompeo said in a statement.

Mr Pompeo said the actions of the four also resulted in the submission of false documentation to the Department of State for consideration in visa application.

According to OFAC, the victims’ families were promised special education programmes which were false.

“The adoption agency organising the scheme used Mirembe’s law firm to handle the legal aspects of the adoptions, in some cases through the manipulation or falsification of court documents,” Deputy Secretary of the Treasury Justin G. Muzinich said in a statement.

To convince more vulnerable families in the remote areas of Uganda, the firm allegedly hired intermediaries some of whom acted as interlocutors to seek out those who would not speak or write in English and connive them into giving in.

Once removed from their homes, the children would then be primarily placed in an unlicensed children’s home in Kampala while others were made to appear in court as though they were orphans.

Unsuspecting American parents would afterwards be invited to the country to pick them up.

“Deceiving innocent Ugandan families into giving up their children for adoption has caused great suffering. The individuals involved in this great scam deliberately exploited the good faith of Ugandans and Americans to enrich themselves,” said Mr Muzinich.

Uganda’s Independent newspaper on Wednesday reported that the government has begun investigations into the allegations made against the four before taking any action.

“We have been carrying out our independent investigations and we will be briefing the country in the coming days, we cannot give a time frame until we have something cogent,” the newspaper quoted Uganda’s Judicial Service Commission’s secretary Ronald Sekagya