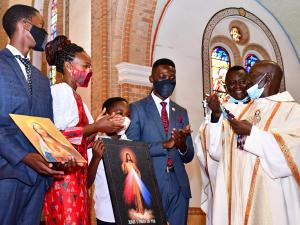 At least two heads of the United States and European Union funded non-governmental organisations  in Uganda have been deported in the last couple of months on accusations of pursuing or supporting an agenda for regime change.

Two other heads of foreign NGOs that have been carrying out civic education and strengthening political parties regarding next year’s  general elections have also been barred from returning to Uganda.

Daily Monitor has learnt that the first person to be deported was Mr Simon Osborn who was picked up from his apartment in Nakasero in Kampala, detained briefly and later bundled onto a plane back to his home country.

Mr Osborn had worked in Uganda for seven years as country director of the National Democratic Institute (NDI), a United States-based organisation that promotes democracy across the world. NDI is aligned to the US Democratic party.

The EU Head of Delegation to Uganda, Mr Attilio Pacifici, confirmed in a brief statement issued late on Friday that Mr Osborn had been working for the EU by the time of his arrest and deportation.

“In August, Mr Osborn was engaged by the EU Delegation through a short-term technical assistance consultancy contract with the objective of advising on projects aimed at strengthening Uganda’s electoral process,” Mr Pacifici wrote.

Mr Jacob Siminyu, the spokesperson of Uganda’s Ministry of Internal Affairs, declined to comment on Mr Osborn’s case or other reports of deportation.

“I am not aware of any deportations. Secondly, I am on leave, so I am not in a position to comment,” Mr Siminyu said.

Mr Pacifici said  government had not offered any explanation for Mr Osborn’s deportation.

Sources within the civil society told Daily Monitor that a Kenyan national, Mr Isaack Othieno, who had taken over as the acting Head of the International Foundation for Electoral Systems (IFES), a US-based NGO that engages in advancement of democracy, had also been deported under unexplained circumstances.

Mr Othieno was reportedly picked up from Sheraton Kampala Hotel where he had been staying temporarily, bundled onto a police vehicle and driven to Busia border with Kenya.

Mr Siminyu had referred Daily Monitor to his colleague, Mr Timothy Atwine, who promised to get back to us, but had not by press time.

Among those whose return has been blocked are Mr Marco Deswart, Ms Roseline Idele and Ms Lara Petrivevic.

Mr Marco Deswart, who heads election programmes at the Democratic Governance Facility (DGF), was reportedly barred from returning to Uganda in July.

Mr Deswart was reportedly informed of his fate through the Netherlands’ Ministry of Foreign Affairs that Uganda considered him a persona non-grata.

Ms Roseline Idele, who is the acting Country Director of NDI in Uganda, had reportedly been at the front of supporting programmes  to strengthen democratic institutions.

In September, Ms Idele is said to have travelled to Nairobi where she had, until her temporary appointment, worked as a senior programme manager in the NDI Kenya office. Government barred her from returning in October.

Ms Lara Petrivevic, the Director of the International Republican Institute (IRI), an American non-profit organisation aligned to the Republican Party, reportedly left Uganda for Wales to give birth, but was later informed that she was not welcome to return. The IRI works for advancement of freedoms and democracy worldwide.

Mr Tony Kujawa, the spokesperson of the United States Embassy in Kampala declined to discuss the matters regarding officials at the US based NGOs, IRI, NDI and IFES who have been either deported or barred from returning to Uganda.

However Mr Kujawa pointed out that the United States recognises that civil society plays “a critical role in supporting free, fair, inclusive elections” and should be allowed to work without impediments.

Sources within civil society said government’s decision to deport or block the return of the aforementioned officials was based on the belief that they had been providing support to presidential candidate Robert Kyagulanyi alias Bobi Wine.

Mr Kyagulanyi made a special music performance during the event at which the IRI board chairman, Senator Dan Sullivan, board members Senator Mitt Romney, Senator Lindsey Graham and Connie Newman, and Senator Rick Scott made keynote addresses.

On Thursday afternoon Mr Museveni, while addressing NRM leaders in Kotido, suggested that those who participated in the riots that broke out in Kampala and other towns after Mr Kyagulanyi’s arrest mid last week, were agents of foreign interests.

Mr Kujawa, however, dismissed government speculation that the US is interfering in Uganda’s internal politics.

“The United States does not support specific candidates, nor any particular political party. Instead, we support Ugandans—communities, journalists, and civil society—in their work to make political processes transparent and conflict-free,” Mr Kujawa said.