Verdict on EAC admission of DRC set for November 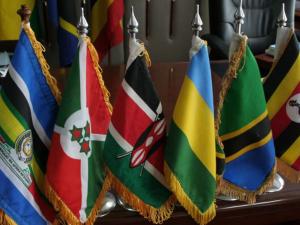 The Democratic Republic of Congo’s bid to join the East African Community (EAC) has passed the technical committee stage with the regional Council of Ministers expected to deliver the final verdict this November.

The EAC technical experts have been reviewing a report of the mission tasked with verifying the readiness of DR Congo. The report touches on the social-economic and political compliance of the country with the Treaty establishing the EAC.

Kenya’s Principal Secretary in the State Department of EAC Affairs Kevit Desai told The EastAfrican that DR Congo had presented a ‘strong’ case for admission into the six-member bloc.

“From the next extraordinary meeting of the Council of Ministers to act on it before the end of November, it will be handed to the Summit of the Heads of State. We are looking at early 2022 for the Summit,” Mr Desai said.

Under the EAC Treaty, criteria for admission of new countries include acceptance of the Community as set out in the Treaty, adherence to universally acceptable principles of good governance, democracy and the rule of law.

Others are the observance of human rights and social justice, potential contribution to the strengthening of integration within East Africa, and geographical proximity to and inter-dependence between it and the EAC partner states.

The EAC’s 21st Heads of State Summit on February 27 considered the application and directed the Council of Ministers to undertake a verification mission in accordance with the EAC’s procedure for admission of new members to the 22nd Summit.

The Ministers appointed a verification mission to review DRC’s current status in international law and establish its level of conformity with the criteria for admission as provided in the EAC Treaty.