We are coming for you, Uganda's Museveni tells terrorists 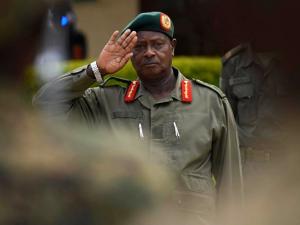 He said terrorists have exposed themselves at a time when Uganda’s security infrastructure has improved and is more prepared to fight terrorism.

“The terrorists invited us and we are coming for them,” he said.

He identified two of them as Mansoor Uthman and Wanjusi Abdallah.

He further said that police will issue guidelines on securing checkpoints outside buildings to ensure the safety of occupants.

"We are working with neighbours to deal with those (terrorists) operating from outside," he added.

Ugandan authorities linked the attacks to radicalised groups attached to the Allied Democratic Forces, affiliated to the Islamic State (IS).

The Islamic State group claimed responsibility for the Tuesday explosions that killed three people and left several others wounded.