Week In Review: Time of Special Messages, Surprises and Renewal 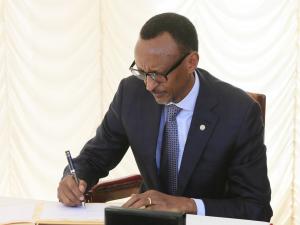 Rwanda has concluded a week that, despite the ongoing fight against COVID-19, saw several celebrations of achievements and the Catholic Church could have found one of the most legitimate reasons to celebrate.

President Paul Kagame on Sunday congratulated one and only cardinal to be appointed in the 120-year history of the Catholic Church in Rwanda.

Cardinal Antoine Kambanda, the Archbishop of Kigali, was last month elevated to the position of Cardinal, by Pope Francis, among other 13 Archbishops from different parts of the world.

“On my own behalf and for all Rwandans, I wish you good luck in your new responsibilities. Your crowning as the first cardinal in Rwanda is pride for you and the Catholic Church in Rwanda. This is a great prestige to all Rwandans,” President Kagame said.

The message comes at a right time as it coincides with this November, when Cardinal Kambanda (born 10 November 1958) turns 62 this year.

In his first interview upon his appointment, Kambanda told the national broadcaster that he was surprised and couldn’t believe it until he got the confirmation.

These two surprises message are enough reason for the new Cardinal Kambanda to celebrate his golden age of wisdom and the 2020 B-Day in new style.

President Kagame also used this Sunday to congratulate Dr. Tedros Adhanom Ghebreyesus, the Director-General of the World Health Organization (WHO) who also managed to see his first grand daughter, Mia.

“New life is a bright light in dark times. Delighted to welcome baby Mia into the world, my first grandchild (granddaughter). Proud grandfather. Reminded of what matters most,” Dr. Tedros said.

President Paul Kagame who had the same opportunity few weeks ago said: “Congrats Dr.Tedros …Just I am ahead of you…only for time. All the best to the young parents and the little one!!”

After almost two years without the media reporting specifically in district performance contracts (Imihigo), and the President not backing the way the evaluations were done, this October was once again a chance for districts to be awarded for their performance.

The 2019 Imihigo evaluation were suspended to allow proper mainstreaming of the methodology used to measure performance, to make sure that the scores attained by districts reflect what is on the ground and actual impact on people’s lives and service delivery.

Kagame said that he had refused to attend any of the Imihigo award ceremony until he was sure the above issues were streamlined to reflect what Imihigo are intended for.

To his surprise and many others, Kagame was shocked to see that many of the former top district performers emerged among the last ones in the Imihigo Performance Report for 2019/20 which was announced on Friday.

Districts like Musanze that previously used to perform well, this time emerged 27th, as the formerly mediocre districts which have no glamorous street lights such as Nyaruguru district emerged top best of all 30 districts.

Kagame attributed it to the revised evaluation methodology of measuring performance and giving score points to people who actually deserve it.

The Good, the Bad and the Ugly

Due to the new coronavirus pandemic, the First Lady Jeannette Kagame and Chairperson of Unity Club Rwanda and members of the club couldn’t meet in one place to celebrate their achievements in promoting unity and reconciliation through developmental activities.

Using digital platforms, the Unity Club stationed across the country held its 13th forum, under the theme: “I am Rwandan: A fundamental idea of our existence”- which was the same theme in 2019.

First Lady Jeannette Kagame said that it was important to remind its members of the same theme since it is the core of who they are, and what the country should be, 26 years after swallowing the hard truth of the 1994 genocide against Tutsi.

“Such a forum should be a reminder that we are Rwandans and will always stand by this, but also use this opportunity to pass it on to young ones, especially those who are struggling with a sense of belonging,” Mrs. Kagame said.

She also noted that Ndi Umunyarwanda cannot be without the involvement of the family as basis of raising a person with human values, to live with others and love their country.

After seven months of staying at home due to Covid19 pandemic, the secondary school also resumed this October 29, with students bracing for a fresh start of which many were excited to. 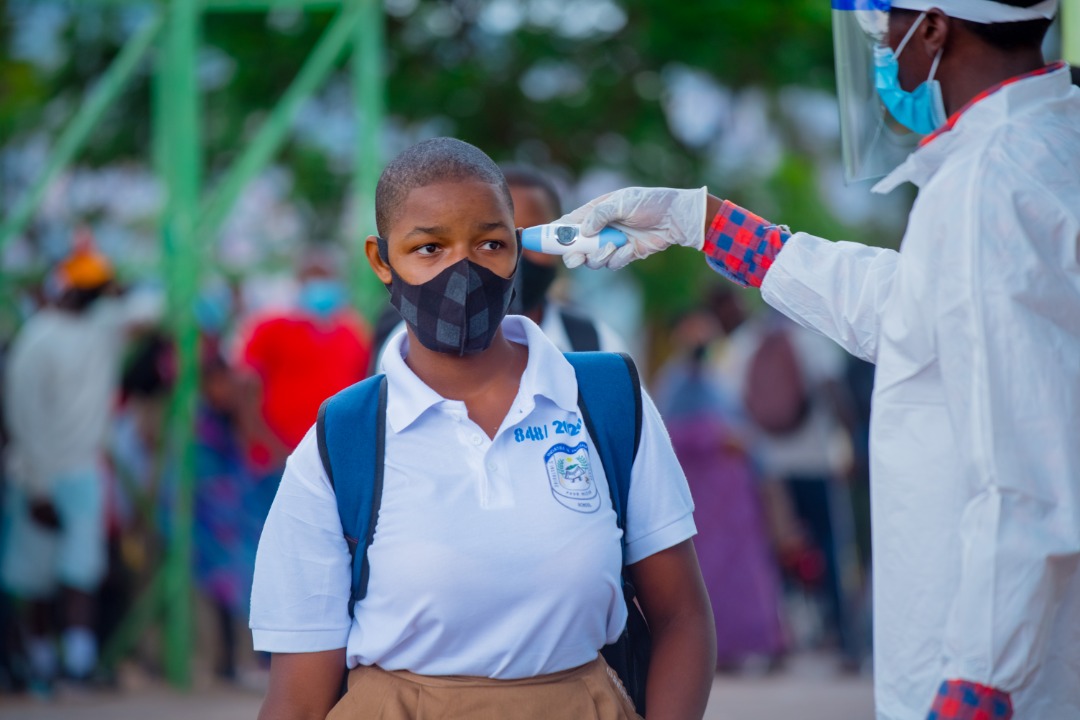 However, the alleged ‘unnecessary’ increase of school fees for the second term among private schools due to reported price hikes for food commodities created a stiff row between parents and school owners.

To ensure this tension is not extended into the school year, and affect the 2nd term studies, the ministry of education said it will conduct an inspection on fees hikes and advise where needed.

Luck also runs out for The Mugenzis, as the International Crimes Team of the Dutch Police arrested a 71-year old man, identified as Joseph Mugenzi, in connection with suspected crimes committed in the 1994 Genocide against the Tutsi.

This followed the arrest and sentence of his son, Rene Claudel Mugenzi, a self-proclaimed human rights activist living in the UK, who was charged of fraud and sentenced to 27 months in jail for stealing more than £220,000 from Norwich Roman Catholic Cathedral, where he volunteered as a treasurer.