What $2 billion IPO of South African firm means in Tanzania 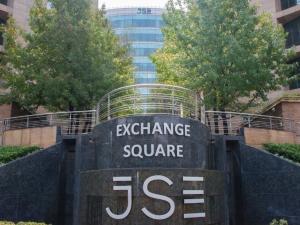 Dar es Salaam. Tanzanian investors now have an opportunity to invest in the initial public offering (IPO) of a South Africa-based electric vehicles manufacturer.
The company known as Agilitee has engaged AcaciaCap Advisors as the financial advisory company for a $2 billion IPO as it set its sights on listing on the Johannesburg Stock Exchange (JSE).

While the value of the IPO may not be a very big deal to Tanzania, what makes the primary share sale important is the fact that it comes only within almost one month since the government amended its laws government capital controls to allow Tanzanians to participate in the trading of equities throughout the Southern African Development Community (Sadc).

Through its Foreign Exchange Regulations, 2022, which were published on May 13, 2022, the Bank of Tanzania officially allowed Tanzanians to participate in stock market trading across Sadc.
The regulations allow a person who resides in Tanzania to purchase, issue, sell or transfer to a resident securities, coupon or participatory rights in a collective investment scheme to someone in the East African Community (EAC) or in Sadc.

Apart from boosting liquidity and competitiveness of the Dar es Salaam Stock Exchange (DSE), the regulations also provide opportunities for local investors to inject funds into promising firms outside the country.

Commenting on investors’ perception towards the green energy industry, the director of operations at Orbit Securities Company Limited, Mr Juventus Simon, said the industry is attractive as the global bandwagon towards clean energy has increased especially at this time when the impact of climate change becomes more visible than ever.
“Though it’s now possible to invest outside Tanzania, investors also assess issues like the level of returns on their investment, the costs, exchange rates and issues of economic prospects with regard to Covid-19 effects,” he said.

Capital markets manager at Vertex International Securities Ltd Ahmed Nganya said though Tanzanians can participate directly in other Sadc equities’ markets, an IPO can be tricky for investors if they don’t have enough information on the company.

“Knowledge of a company could be a decisive factor in IPO success or not. It is possible for this company (Agilitee) to have more investors in South Africa,” he said.
Agilitee’s chief executive officer Mandla Lamba said in a statement that was availed to The Citizen yesterday that the IPO will usher the continent to the forefront of the global green revolution as the use of electric cars would go a long way in reducing the fuel import bill and greenhouse emissions that damage the environment.

“We have completed the reorganisation of our business and the corporate action was aimed at taking Agilitee from being a regional player to a global player in the field,” Dr Lamba revealed.

He said the company also plans to issue free shares to the less fortunate providing them an opportunity to earn and be part of the biggest exchange in Africa.
“So this IPO is bringing the poor to the JSE through the free shares we will donate, and making them part of a JSE that has not transformed for 134 years, even in 2022 98 percent of the people who benefit from it are the same structures who benefited from the day the JSE was formed, but I am glad that this is changing now,” he said.
Dr Lamba pointed out that the firm is also conducting an early bird capital raising through a private placement where high net worth individuals and other qualified investors can inject funds into the company starting with a minimum $65 million.

While Tanzanians are allowed to take part in the sale of stocks in Sadc and EAC, the requirement is that any payment or receipt in respect of purchase, issuance, sale or transfer of the securities or coupon should be made through a bank or financial institution and that the Bank of Tanzania (BoT) must be notified about the same.
They [the Regulations] however require a resident of Tanzania who intends to issue a security in any of the EAC or Sadc member countries to seek approval of the intention and, within seven days after obtaining approval for issuance of the security, notify the BoT and the Capital Markets and Securities Authority (CMSA).
https://www.thecitizen.co.tz/tanzania/news/national/what-2-billion-ipo-o...