What next after Job Ndugai resignation? 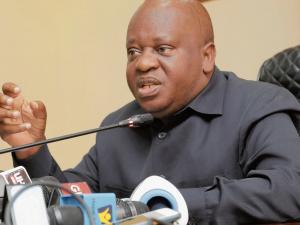 Dar es Salaam. Mr Job Ndugai resigned yesterday as Speaker of the National Assembly after coming under intense pressure to step down following his unprecedented public criticism of President Samia Suluhu Hassan and her government.

His resignation means that Parliament is expected to elect his successor and the eighth speaker since independence when it convenes in Dodoma next month. It has also laid bare divisions within CCM as the party gears up for the 2025 General Election

Reacting to the development, Chadema vice-chairman Tundu Lissu, who is in exile in Belgium, wrote on his Twitter handle that there was an urgent need for a new constitution to spare Tanzania such scenarios in the future.

“Job Ndugai was the most despicable Speaker in the 96 years of our Parliament. His forced resignation, though, confirms that Tanzania has only one omnipotent & untouchable arm of the State: the President. A new democratic Constitution is an urgent & imperative order of the day!” Mr Lissu said.

A political analyst based in Dar es Salaam, Dr Fumbuka Mwakilasa, said Mr Ndugai had made the right decision because it was most likely that Parliament would have removed him had he chosen to stay put.

“If you are a leader of such calibre you must be careful what you say in public. If what he said is true, then it is clear that he haboured evil machinations against this government, so it was either he resigned or be removed by the National Assembly,” he said.

Dr Mwakilasa added that Mr Ndugai’s departure was a major victory for the Sixth Phase government, and showed that President Hassan was willing to take head-on all those who were undermining her leadership.

“If he were a presidential appointee he would have been fired, but he was elected by MPs. However, he came to realise that even after apologising, he no longer had the trust of lawmakers, many of who have rejected his sentiments,” he said.

For his part, Dr Thomas Ombeni, a political pundit, said there was no way Mr Ndugai could continue to assert his authority in Parliament after developments of the last few days.

“MPs and other people have come forward to discuss this issue, with many appearing to be against Ndugai. It would have been very difficult for him to remain as speaker, so he has done what many of us expected,” he said.

The former University of Nairobi lecturer added that Mr Ndugai’s resignation was a powerful message to President Hassan’s detractors within the ruling party.

“From being Speaker to a mere backbencher is the ultimate humiliation for Ndugai, who either failed to play his cards well, or took bad advice. I can say that the President is gaining the upper hand against his opponents within the ruling party,” Dr Ombeni said.

But Mr Joseph Sigwejo, a master of political science student at the University of Dar es Salaam, told The Citizen that Mr Ndugai’s resignation showed that there were people rocking the boat from within both CCM and the government.

“The year 2025 will come, and I don’t see the need for anybody within CCM to start undermining the government now. CCM’s Central Committee needs to stamp its authority sooner rather than later,” said Mr Sigwejo, who added that he was a CCM member.

“All those who remain in government must learn to consult before speaking in public. What happened is shameful, and we must not let similar things happen again in the future.”

“I wish to inform the Tanzanian public that today, January 06, 2022, I have written to the secretary-general of the Chama Cha Mapinduzi (CCM), resigning from the post of Speaker of the National Assembly of the United Republic of Tanzania. This is a personal that I made entirely on my own volition in the wider interests of my nation, government and my party CCM.

“I have also forwarded a copy of my resignation letter to the Clerk of the National Assembly of the United Republic of Tanzania for further measures in line with the Constitution and other relevant laws so that the process of getting another speaker can get under way.

“I take this opportunity to offer my heartfelt gratitude to my fellow MPs, Her Excellency President Samia Suluhu Hassan, the government, the people of Kongwa Constituency and all Tanzanians for the cooperation you accorded me during the entire period I was Speaker of our National Assembly,” Mr Ndugai, who is also a member of CCM’s Central Committee, said in his statement.

Mr Ndugai’s resignation was not entirely unexpected as his future as the head of the Legislature became untenable when President Samia Suluhu Hassan censured him on Tuesday for criticising what he said was “reckless” borrowing by the government.

The Head of State said the remarks were part of an orchestrated campaign to destablise her government ahead of the 2025 General Election.

“It is inconceivable that the head of one of the pillars of the State can stand up and say what he said. It all has everything to do with 2025,” she said when she met with Cabinet ministers, regional commissioners, senior government officials and regional chairpersons of the ruling CCM at State House in Dar es Salaam to review progress made in implementation of projects financed by the $567.25 million (Sh1.3 trillion) Covid-19 relief funding from the IMF.

The President appeared to have rejected the apology Mr Ndugai had offered the previous day.

“Some people deleted parts of my speech, and presented a distorted message. In my speech, there was no criticism of the government. I was actually stressing the importance of paying taxes for national development to relieve the government of the debt burden,” Mr Ndugai said.

“However, for us to move forward, I take full responsibility for the inconvenience caused by the misinterpretation of my speech. I made a mistake, and I apologise.”

In a video clip posted on social media about a fortnight ago, Mr Ndugai said in part, “Is there any pride in taking around a begging bowl? When we borrow, we applaud. We have resorted to borrowing every day. There will come a day when this country will be auctioned off, and people will still be happy instead of being sad.” The remarks prompted a furore, with Mr Ndugai facing a barrage of criticism, and also drawing support, including from some Opposition politicians, who were previously fiercely critical of him.

Mr Ndugai’s exit is unprecedented in that it represents the first time in Tanzania’s history that a speaker has resigned from office in such circumstances. It was, however, widely expected after Mr Ndugai became the first speaker to have publicly criticised the President.

Parliament is expected to elect Mr Ndugai’s successor when it convenes for its first sitting of 2022 on February. The current Deputy Speaker is Dr Tulia Ackson.