Why 26 fuel stations were blacklisted 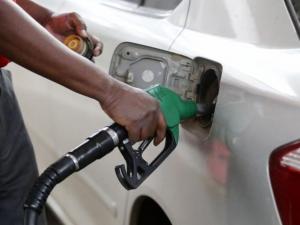 The Energy and Water Utilities Regulatory Authority (Ewura) and the Tanzania Bureau of Standards (TBS) jointly said the stations – some of which are owned by big companies like Total, GBP, Camel, Oilcom, Lake Oil and Oryx – violated fuel marking requirements, and it is suspected that they diverted untaxed fuel in transit, or for tax-exempted projects into their reserves.

The TBS exclusively marks fuel meant for local consumption with the exception of the government reserves and specifically tax exempted fuel.

The process - which involves mixing the petroleum products in depots with a unique identifier/marker - is done to ensure product integrity and protection against counterfeiting, adulteration and tax fraud.

However, the two institutions said they found the 26 fuel stations with no required markers during an investigation involved 195 stations between July 2 and August 9 this year.

“This means that owners of the stations mixed their fuels with the untaxed fuel for the purpose of evading taxes,” said Ewura director general Godfrey Chibulunje. He said the stations were fined Sh7 million each for the offence, shut down and their reports presented to the Tanzania Revenue Authority (TRA) for tax payment. The stations could reopen only after paying both the fine and taxes claimed by TRA.

“Some owners of the fuel stations have started to pay the fine and once they do away with TRA we will allow them to operate again,” he said.

He added that the procedure of using marker in fuels started in 2010 with the government aiming to control tax evasion by differentiating the fuels used in the country from the fuels on transit and for mines that had tax exemption.

The attempt for fuel tax evasion is another possible stream of cheat that is likely to cost the government which lost in the extractive industry.

According to the United Nations Conference on Trade and Development (Unctad), illicit financial flows - cross-border exchanges of value, monetary or otherwise, which are illegally earned, transferred or used - cost African countries around $50 billion a year, thus dwarfing the amount of official development assistance (ODA) the continent receives annually.