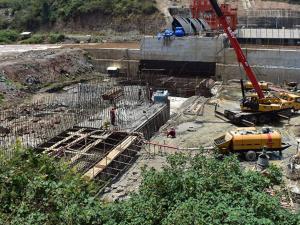 The Rusumo hydroelectric power project is not likely to be completed this year as originally planned.

Discrepancies in tax exemptions and disruptions caused by the Covid-19 pandemic are said to be the main reasons.

Controller and Auditor General Charles Kicheere was quoted last week as saying extension of the multimillion dollar project was inevitable.

“Our wish is that the extension period would be on a non-cost extension.” he said in Kigali, Rwanda.

The $340 million joint project is being implemented on the Kagera river by Tanzania, Burundi and Rwanda being a loan from international creditors.

It is expected to generate 80MW of power to be shared among the three countries which straddle the 597km long river.

ADVERTISEMENT
Mr Kicheere said since money spent on implementation of the project was a loan, it would make sense if completion of the remaining work was within the budget.

A joint report by the Auditors General of the three countries indicated that the project is at 81.4 percent of its completion phase.

Initially, the Rusumo Power Company Limited (RPCL) had set a completion time line as December this year after which electricity would be supplied.

“Completion within that time frame would be next to a miracle,” Rwanda Auditor General Obadiah Biraro said.

He said besides tax exemption and Covid-19 disruption, other challenges faced included flaws in procurement and deficiencies in feasibility studies. According to the report, there is a balance of $146 million which represents 43 percent of the $340 million of committed funds.

The auditors’ report would be presented to the three countries’ Parliaments “in order to find a proper framework for effective management”.

There will be transmission lines for electricity, within 94km from Rusumo to Nyakanazi (Tanzania), 161km to Rwanda, and 194km to Burundi.

This is among several energy generation projects being implemented under the East African Community (EAC) energy master plan.

Studies indicate the EAC bloc has a potential to generate an additional 4,097MW of hydropower from the 750 waterfalls scattered across the region.