Why NSSF is disposing of Dege Eco Village 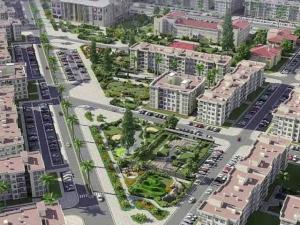 Dar es Salaam. The National Social Security Fund (NSSF) is disposing of its multi-million dollar Dege Eco Village project as it seeks to put its members’ money in avenues that can yield quick returns.

“The decision was reached after the board of trustees made an assessment and decided that in the current environment, selling is more beneficial than continuing with the project’s development as costs are high,” the fund’s acting director of planning, investment and projects, Mr Victor Luvena, told The Citizen yesterday.

Although the current value of the project has not been revealed, past estimates put the figure at $653 million (more than Sh1.5 trillion).
In its widely circulated notice dated October 21, 2022, NSSF says it intends to dispose of the entire Dege Eco Village Project in its current state and that the prospective buyer shall have no further liability after the sale.

The tender shall be conducted through the International Disposal by Tender procedures specified in the public procurement regulations, with interested buyers being invited to inspect the property on November 3.

According to NSSF, tenders should be submitted by November 14, with potential buyers required to provide a tender security of 25 percent (in US dollars) of the bid price.
The project was being jointly developed by NSSF and Azimio Estate Housing Limited.
According to Mr Luvena, the decision to put the project up for sale came after the social security fund obtained all the relevant approvals and is in line with the existing investment guidelines.

Saying NSSF had enough liquidity to take care of its current and future obligations and investment plans, Mr Luvena stressed that the decision to sell the Dege Eco Village project was solely in the interest of the fund, its members and Tanzanians in general.

It is also NSSF’s expectation that the successful buyer will develop the project so that its initial intention and goals for developing it are realised.
“Through the sale, we expect to recover the money that has been invested so far. It is our expectation that the sale of this project will help implement the government’s goal of increasing private investment – both foreign and domestic – in large projects,” Mr Luvena said.

He added that evaluation of the fund’s projects was a continuous process, and NSSF has allocated the funds that were to be invested in the execution of the project in other productive areas in accordance with the investment guidelines issued by the Bank of Tanzania (BoT).
The investment has continued to contribute to an increase in profits and strengthen the resilience of the fund for the benefit of its members and the nation.

A real estate expert who preferred not to be named said NSSF has made the right decision to sell the project.
He said it was an open secret that the project had stalled due to political reasons for a certain period in the past. During that period, the source privy to the project said, some powerful individuals had deliberately decided to give it [the project] a bad name so they could kill it.
“That is why I commend NSSF for deciding to put the project on sale,” he said.

Basically, he said, selling projects was not uncommon in the investment sphere.
“It is very normal…the fund has many other things to do and therefore I can only applaud the decision if they have seen that somebody else can do a better job. This could give NSSF the money it needs to invest in other avenues,” he said.

He said it would be up to the one who buys it to decide whether to use the place for tourism and other recreational purposes, accommodation or any other purpose that could be recommended.
“However, it is my view that the government will need to come up with some incentives that will make the project to tick,” he said.

The Dege Eco Village project which is located in Kigamboni was in 2021 flagged by the Parliamentary Accounts Committee as at risk after it had stalled since 2016, something that PAC said the project was risking to get into as depreciation phase.

Construction of the Dege Eco Village kicked off in January 2014 and was supposed to be implemented in three phases and phase one was meant to be completed 2015, whereas phases two and three were set to be completed in 2016 and in 2017, respectively.

At its inception, the project was mainly meant for the middle and higher income earners, raising eyebrows given the need for a project for low-income earners.
https://www.thecitizen.co.tz/tanzania/news/national/why-nssf-is-disposin...