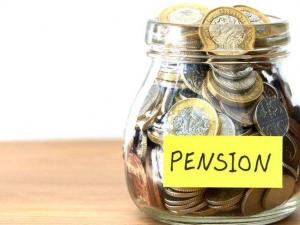 Dar es Salaam. An expert has recommended reforms in the country’s social security protection for it to flourish and provide stability in Tanzania, warning that, otherwise, any news related to financial difficulties would cause people to lose confidence in the whole system.

Mr Ibrahim Muhanna, managing director of Muhanna & Co (Actuaries and Consultants), told The Citizen in an exclusive interview that not only the system would suffer but also people would lose hope.
“Reform is crucial to ensure social protection system’s success. The current one is partially funded, with pool risks and resources across, based on the principle of social solidarity which are normally financed by contributions from workers and employers,” he said.

Said he, “a need for reforms is usually captured either through periodical actuarial valuations or labour market pressures. And that the longer it takes to respond to the said needs (reforms), the more difficult it will be, which in turn causes intergenerational inequality.”
Mr Muhanna noted: “with current regulations, a lump sum payment is calculated based on the average of the highest three-year salaries towards retirement. For me, it should not work like that, there shouldn’t be a lump sum payment at all.” “In the private sector, the monthly contribution needs to be less than the current 20 percent of an employee’s salary. 10 to 15 percent would be advisable and should be contributed by both the employee and the employer, each contributing 50 percent.”

His argument is based on the fact that no employer runs business on charitable basis. Therefore, an employer shouldn’t be given a huge burden as some workers may leave and look for green pastures elsewhere.”

The expert said: “The history behind social security was to create loyal workers and therefore, if there is a need for more social security benefits then it should be between the employer and the employee to decide and not the government.”
Although Mr Muhanna thinks a need for more social funds is needed, but a journal dubbed ‘Analysis of a Reform Option for the Tanzanian Pension System’ by Dr Andongwisye Mwakisisile, a University of Dar es Salaam lecturer, suggested that an entire system overhaul was needed.

For him, the said reform should change the current Pay-as-you-go (PAYG) into a notional defined contribution (NDC) system.
The PAYG is defined as pension system where current contributions from working members are used to pay benefits to retirees.
Yet although the NDC is still a pay-as-you-go arrangemen but with an individual notional account, which seems to be more resilient with respect to financial balance and sustainability.

According to him, with PAYG, contributions may exceed benefit payments, but as the system matures, benefits increases against contributions, which can lead to financial difficulties. But the NDC system addresses the fiscal, political, social, and economic needs of a reform while keeping the financial burden at a low level, and that the benefit is a lifetime pension which can be claimed at any time from the minimum retirement age.

According to Dr Mwakisisile, the suggested reform should start in 2026, though a transition period of ten years is suggested, that is, up to 2035. He added: “We choose the year 1975 to be the starting point of the analysis. This means that the members born from 1975 will be shifted to the NDC system in 2026. “

Tanzania’s pension system experienced various changes like in 2008 the government established the dissolved Social Security Regulatory Authority (SSRA) for the purpose of regulating social security activities.
And due to competition on attracting members among social funds, some funds were paying higher benefits, which put them in the risk of insolvency. In 2014, SSRA issued the pension benefit harmonization rules to be applied for all mandatory defined benefit pension schemes.

The rules described two benefit formulas, which are, a lump sum payment to be paid at retirement and monthly benefit to be paid after retirement until the death of the retiree. The harmonization rules lowered the benefits for some funds and removed the early retirement pensions such as withdrawal benefits.
https://www.thecitizen.co.tz/tanzania/news/national/why-tanzania-s-socia...