Why Uhuru played it safe on reopening of schools 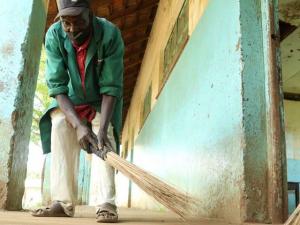 Inadequate measures to protect learners from Covid-19, the possibility of another closure were things to go wrong and a potential backlash from parents reportedly informed President Uhuru Kenyatta’s reluctance to reopen schools.

Sources said the President was not convinced that schools had implemented the required steps to enforce health protocols, including ensuring social distancing — and recent complaints by head teachers that congested schools were ill-prepared did not help the cause for reopening.

It also emerged that the reopening dates had been agreed upon and officials involved in the planning were taken aback by the President’s announcement that they would not open just yet.

Tuesday, senior ministry officials were summoned to State House where they were given the green light to reopen universities and tertiary institutions.

“I call upon the CS for Education; once we have agreed on the how, we will thereafter immediately issue a calendar for the resumption of the 2020 academic year if it is to be (this year) or if it is going to be 2021,” President Kenyatta said on Monday.

These words were different from those in his written speech released to media houses, which read: “In that regard, I, therefore, direct and order the Cabinet Secretary for Education to issue the calendar for the resumption of the 2020 academic calendar.”

Not worth the risk

Although a task force on response to Covid-19 had proposed reopening in October, given the apparent shortcomings, President Kenyatta in the end was of the view that it was not worth the risk to reopen the schools only for them to be shut down because of new infections as has happened in some other countries.

The President’s hesitation to a rushed opening date was further prompted by fears that the plan put forward by Education Cabinet Secretary George Magoha’s team had logistical gaps that raised the risk of failure, according to various sources privy to the discussions.

This was on the back of complaints that funds had not been wired to schools, additional furniture was yet to be supplied and the institutions were yet to install water tanks, buy soaps, thermoguns and masks for learners.

The Education ministry had acknowledged that social distancing would be a major challenge in schools. There was also the possibility some parents would have been unwilling to send their children to school.

Members of the National Stakeholders’ Committee are also said to have factored in concerns by the public about reopening schools before proper preparations were made.

In his speech on Monday, the President was clear that agreement on the logistics was more important than opening schools which are ill-prepared to adhere to the set health guidelines to guarantee the safety of learners.

Additionally, there are concerns that learners have also not been psychologically prepared to resume classes and calling them back might be counterproductive.

The earlier proposal for schools to open in January had a clear roadmap on this and suggested training activities that should take place (spread over two months).

The Education ministry has already developed training manuals for education officials, management of schools and senior teachers, other staff, boards of management and parents’ associations, and learners.

In the end, the President directed Prof Magoha to fine tune his work plan before it is approved. There had been various dates reportedly suggested for resumption in October, but not officially announced by the CS who was curiously not at the conference.

Prof Magoha is now expected to summon the task force again to iron out the issues raised by the National Stakeholders’ Committee and the President.

The delay to open schools shattered hopes of proprietors of private schools and staff who were hoping that resumption of operations would revive cash flows. Staff at the schools have gone without pay and some of the institutions that operate in rented premises have accumulated huge arrears. Others have advised parents to transfer their children to other schools as they have closed shop.

And it appears as though Prof Magoha’s July declaration of 2020 a “lost” academic year might just come to pass unless satisfactory measures are put in place.